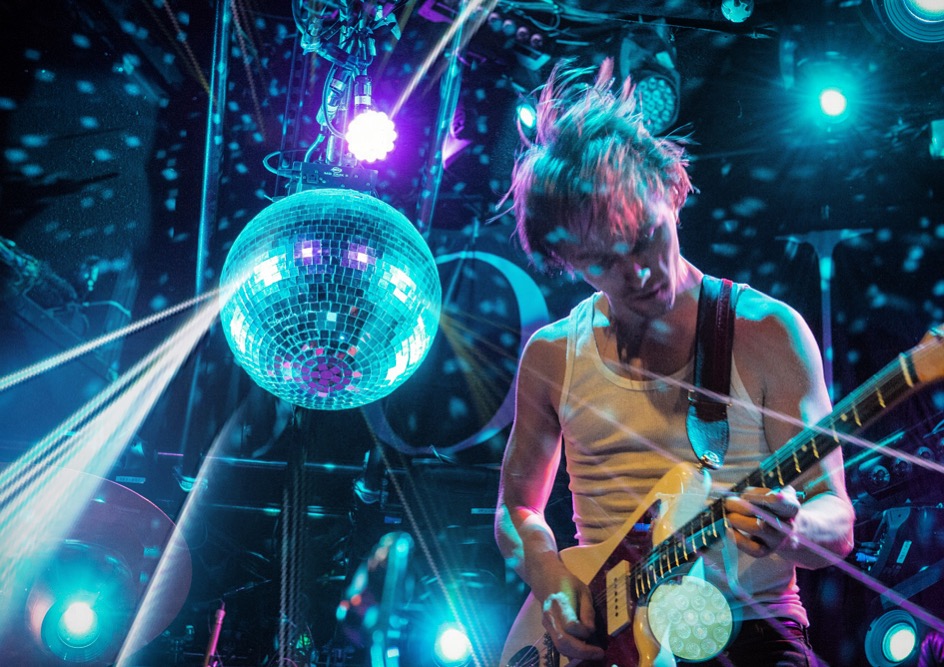 The Norwegian native Sondre Lerche, now living in Brooklyn New York, came home for a sort of homecoming show at Bowery Ballroom on Saturday April 15th 2017.  Coming off a forty-plus show tour of Norway, Sondre was excited to be back in the USA, showcasing tunes from his latest LP Pleasure, the follow up his 2014 release Please.

What you need to know is this show and tour almost did not happen.  After a hectic schedule touring Norway, half of the band were denied entrance into the States.

Therefore, in a last-minute scramble, drummer David Heilman set out to find talented musicians to fill in and scored big with Jordan Brooks on bass, and Alan James Markley on keys. The brilliant replacements had to learn the complete live material in just a day—pretty impressive.  Playing just two shows before the New York gig, the band completed the show error free and seemed like they were playing together for years.

The show kicked off with “Soft Feelings”, the first number off Pleasure, with his enthusiasm for the new music matched equally by the excited crowd. “Soft Feelings” is an 80’s pop influenced number that easily inspires instant dancing, setting the perfect tone for the night.

One of the more exciting things about Sondre playing with his full band as opposed to playing solo is that his guitar talents brightly shine through, especially in songs like “Phantom Punch” or the funky “Bad Law”.  Aside from being a celebrated songwriter and performer, his guitar playing is proficient, which makes for an electrifying stage performance.

The only departure from the backing of the band was a solo rendition of “I’m Always Watching You”, the first single released from Pleasure. It’s a cleverly written song and one which works so well as a solo, powerfully driving home its voyeuristic point.

I need to see you

If I can’t be with you

Call it voyeurism or masochism

Joined by the band back on stage, they finished off the second half of the show playing a
mix of songs from the past two albums, as well as some older tracks such as “Two Way Monologue” and “Despite the Night”, before ripping into an amazing encore.

The encore began with an Elvis Costello cover “Human Hands”, which Lerche released
on his 2006 Duper Sessions and then followed by his hit from the 2002 “Sleep on

Needles”. What would have been a fitting end to an astounding performance only got better as Sondre queued the band to play some techno so that he can leave the stage and
actually dance with the  crowd.  Up close and personal, he seemed to be enjoying this moment as much as the fervent throng.  This went on for over 15 minutes–if not longer.

Sondre’s live shows are always something special.  You just need to witness one performance to know the unique element that sets him apart from others, and that’s the
bond he has with his audience, treating them more like very close friends rather than spectators. Clearly the interaction and connection through music with his fans it is what drives him….and he does it so very well.