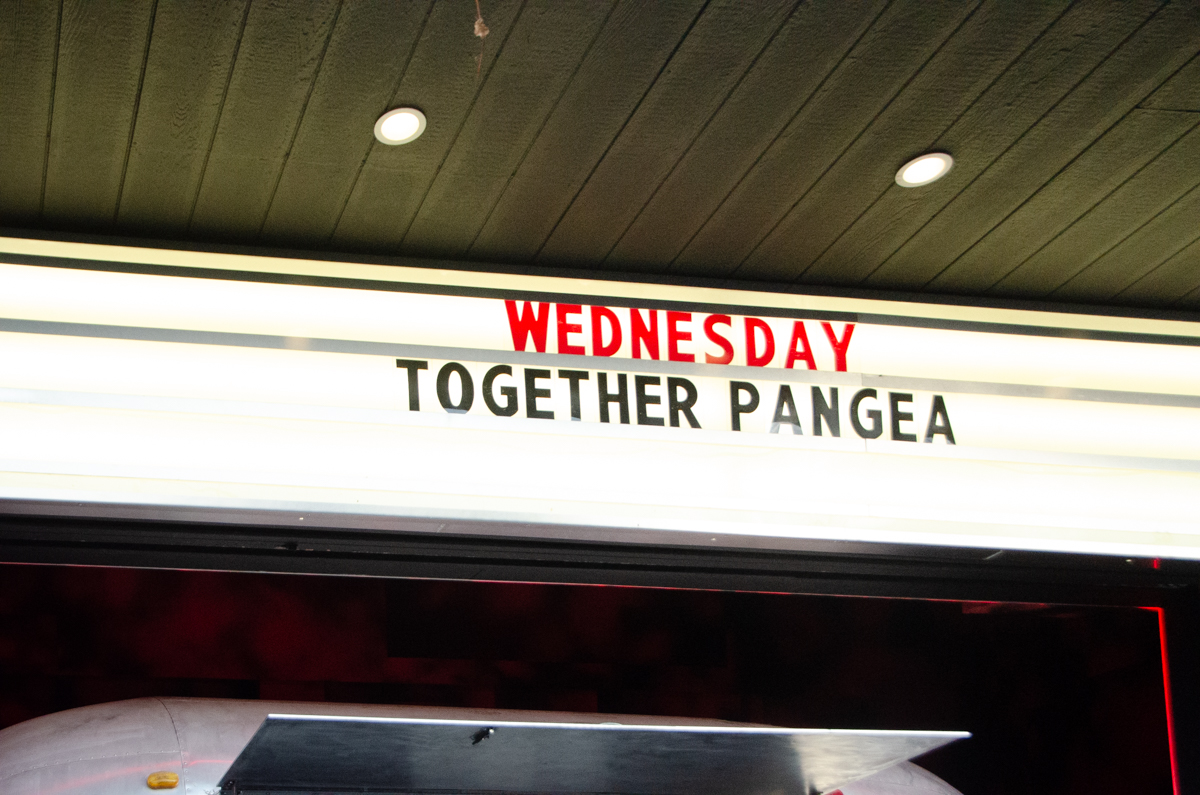 There is something heartwarming about a whole crowd earnestly shouting “My dick is soft” in unison. That is exactly what happened when Together Pangea started their hit “Sick Shit” at their show on one of the first nights of spring weather. “I should call him,” someone says to their friend in front of me.

Before the show, a girl asks me if I can be her guardian at the concert. “I’m only 17, and they won’t let me in without someone over 21 as my guardian.” I’m always one to do my best to aid in a good time. Of course, I accept. May forever I be that cool “adult” that she fondly remembers when she thinks back on one of the best concerts in Brooklyn of 2022.

There was a palpable energy in the crowd that came with the gorgeous weather. Pupils are wide, clothing layers have been shed, and bodies are glistening with sweat. Audience members were dancing, meeting, and meddling with one another, many here at their first concert since several years ago. People who had come separately left together. To quote Together Pangea: Take a chance, a brand-new dance.

The collective was ready to party, and the band was bringing the party to the stage. Shortly after getting a beer spilled on me, a dizzying aroma and the euphoria of being with people again in good weather made for a perfect combination for this evening.

Together Pangea blessed the stage at Brooklyn Made on April 13th. The crowd was captivated and went through a religious experience together. While playing “​​Gates of Heaven” attempts at stage diving were made. An audience member tried to make his own break to nirvana, wanting to have his own body lifted into weightlessness. Few tried, none prevailed, but ultimately, the crowd bounded, bounced, and had a rapturous time of their own. If we are all stuck in this pit, we are going to have a hell of a good time.

Each member of the band matched the energy brought to them and only elevated the joy of the room. “Friend of Nothing” cools the high temperature of the room a bit, bringing a bright joy to the room. While it is a darker song, it still makes spirits high. The duality of the lyrics, being a bit dismal, only make people feel better and more understood, especially when set to upbeat music and in a room of people who have at least one thing in common: good music taste.

“Bet You Wish I Could Call” gets the crowd swaying and singing along to “bah bah bah bahs.” You can tell that each person is having their own “coming-of-age-trope” reel playing in their head, making for a memory they won’t forget. While I’m not old, I do think that if you should never be the smartest person in a room, you should also never be the youngest person at a concert. The crowd is only more and more full of energy. We are given an amazing guitar solo, who is only inches away from the crowd now, near enough to read the washer-recommended settings on shirt tags.

We are waved goodbye to the band, and the crowd goes wild, chanting “one more song” again and again, like a prayer. Through the purple lights, the band reemerges. “Alright,” William Keegan, the vocalist and guitar player starts. “This is the last song off of Badillac” and we are sonically ushered into “Where the Night Ends.” No one could have asked for a more appropriate ending for a cinematic night.

0 comments on “Together Pangea at Brooklyn Made ”